The new FanDragon Fan Experience Index survey confirms how much fans love live music and other events, as well as, how disappointed they are in the ticket buying experience.

99% of those surveyed plan to attend at least one live event this year, including from sports, concerts, and theater. 72% are willing to spend between $51 to $500 on a single live event.

56% of survey respondents say that music (concert, clubs and music festivals) is the their preferred live event experience with 35% preferring smaller music venues.

The favored type of music event varied slightly by region. 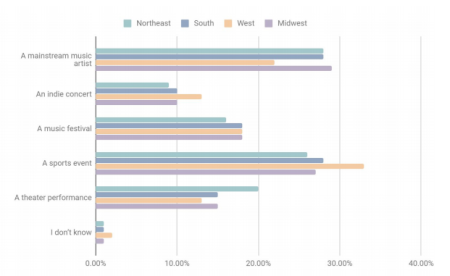 52% of all respondents to the FanDragon Fan Experience Index survey attend between 3-10 events each year, which means that some fans spend up to $5,000 a year.

But overpriced and bogus tickets are a real problem for fans. 14% say that they have purchased a fake ticket, and 58% of this group were forced to miss an event altogether because of it. 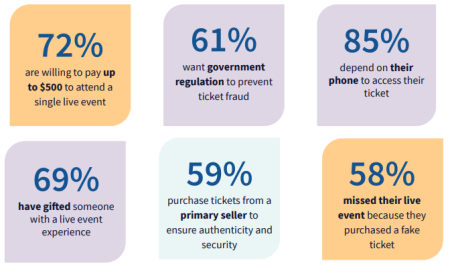 According to the study, Americans are now taking matters into their own hands: