Live radio-like shows have always been the cornerstone of Apple Beats 1 programming, including artist-driven shows from the likes of Nicki Minaj. But that's jist the beginning of Apple Music's growing emphasis on live appointment-worthy music programming.

Apple won't share how many people actually listen to Beats 1, but Lowe admits he wants more. "I want to integrate what we do at Beats 1 into Apple Music more thoroughly," he said. "I would guess there are still subscribers who don’t realize Elton John has done over 200 shows. Those shows are works of art in their own right.”

To that end, many top playlists are getting a makeover and will also become Beats 1 shows. “A-List Hip Hop” has become “Agenda” in the UK and “Rap Life” in 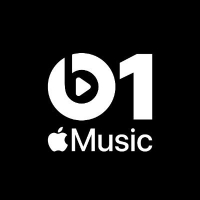 the US, for example. “You’ll see more shows based on our top playlists,” says Lowe. The goal, Lowe told Wired UK is to amplify things that are unique to Apple Music with “some big new names” as hosts, alongside exciting DJs.

You'll also hear more from individual artists when they release new music, like  Vampire Weekend frontman Ezra Koenig discussing his own album Father of the Bride on his twice-monthly show.

Livestreams are another part of Apple Music's near future. Tyler the Creator did a live performance of his album IGOR on Apple Music the night before it came out, and more “live music is definitely on the horizon,” according to Lowe. The plan is to “eventise” (his term) album launches where “fans can tune in, then after watching it maybe you go to the album.”