Indie Music Publisher: ‘We Are Not Blind To The Harsh Economic Realities Of Streaming’

In this anonymous interview, Chris Castle/Music Technology Policy speak with an independent publisher about their role in a streaming-based music economy where money is made in percentages of pennies, and what the future looks like for both publishers and artists trying as they try to cultivate a career in the music business.

Chris Castle/MTP:  I want to ask you about challenges in the streaming reality for an independent publisher.  So, readers get the context, about how many titles are in your catalog and what responsibilities do you have as a publisher or administrator?

Publisher: Our companies were originally founded in 1958 in Hollywood at Vine and Selma. We control over 2100 recorded known songs collectively – in four main publishing firms – which also includes 35 administrated composer artist’s own publishing firms as well, worldwide. We handle all licensing, collection, royalty accounting, back royalty recoveries and sync licensing, inhouse. This we do for 46 years now.

MTP:  One of the threshold problems that I’ve seen with the way royalties are calculated for streaming is that the per-stream rate shifts from period to period which makes it impossible to tell a songwriter—let’s not forget about them—how much they are getting paid.  Do you find that’s an issue for publishers or am I making too much of that information gap?

Publisher: That information gap IS holding us down, we have no way to know HOW it’s calculated as it is and those calculations ABSOLUTELY are not making any sense, there is no explanation, continuity or pattern to deciphering the differences for each part of the service’s tiers – and the amount of units reported to support the varied rates, it follows no logic at all. It changes from period to period and often you’ll see 25,000 units on a Spotify Premium plan that PAYS nothing. WHY? We have no rights to audit and are helpless to question this with hundreds of thousands of excel statements that keep making LESS sense.

The rates are always different and incomprehensible!

PANDORA (PREMIUM/ AND PLUS

[NOTE: The Music Modernization Act creates an optional audit right for the MLC to audit service once every three years.  Remember this is an optional right created in the Mechanical Licensing Collective–not songwriters–to audit services operating under the blanket license (unclear when that three year period starts running, but probably 1/1/21, so the first audit can start after 1/1/24).  Unclear how songwriters can require MLC to audit services, or if the MLC’s audit right applies to periods before 1/1/21.  MLC is also allowed to use an “alternative verification process” which doesn’t preclude a settlement without an audit.  MMA is unclear on how audit recovery is shared.]

MTP:  Along that same line, Apple proposed a penny rate of $0.00091 in the last Copyright Royalty Board rate setting (aka Phonorecords III, which is currently being appealed for other reasons by Spotify, Google and Pandora).  Do you think that a fixed penny rate would be easier or more difficult to calculate?  Apple’s proposal was rejected.  Was Apple’s rate more or less than you collect now?

Publisher:  Of course, accounting with a penny rate would be easier than these fractional mini pennies.  YES, it seems as though GETTING at least a penny rate per stream, would be SOMETHING at least, better than all the units practically accounted AS free goods! The rate rise promised in the MMA is still on the horizon, yet that certain MMA Copyright Act granted yearly increase HAS NOT arrived yet, not until 2021 AND because the still HOSTILE-to-Creators and GREEDY Streaming Companies – are Appealing it now.

MTP:  Under the current regime, how difficult is it to calculate songwriter payments for streaming? 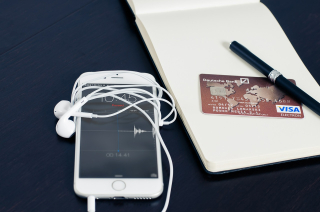 Publisher:  It’s real hell, you do your best to get it, account it and pay it out but honestly, it’s not making any financial sense. The logistics over the last 6 years on its delivery by excel downloads is absolute insanity. You can do five hours of just taking it off of each excel Song line – 0ver to the Individual Writer statement, and after the hours of cutting it – you find the grand total of the WHOLE STREAMING check with 21,000 rows turns out to be $10.00! The accounting is so time consuming, and with its tiny micro pennies, too often is beyond heartbreaking seeing the endless devaluation of thousands of copies of your famous songs for so little.

MTP:  Would you say that on a per-songwriter basis it costs you more to administer songwriter payments than you make?  How about on a per-stream basis?

Publisher:  THERE is NO question whatsoever EXACTLY how much the cost of Administration has exceeded the EARNED revenue since Napster and file sharing became legalized as Streaming. We have been under siege with OUR COSTS and our Administrative workload heavier and harder – but digital LOSSES are still growing each month.

If you ACTUALLY compared it to the example of the mechanical days of CD Song units sold at 9.1 cents – (pre-streaming) the resultant digital sea change to streaming NOT CD sales – has actually cost us over $126,000 in losses of normal record income in 6 years. My accountant thinks its just crazy. In order to survive the expense of administrating and office overhead and more- we were driven absolutely to the wall at the end of December 2018 and forced to personally leverage (my own private shares of some very famous songs controlled by a big company). Yeah, a ten-year loan against this income that was supposed to be part of my retirement.

The venture capital investors are buying up Catalog like vultures preying on the Indies who have been hurt. It’s a part of the history of Songs and it’s a travesty. But this is what Streaming rates have done to the business of Music Publishing/Administration UNTIL those rates are raised to an equitable and fair market value number. We have had to work DOUBLETIME in doing film/tv sync licenses at a fast pace just to help supplement our streaming income. It’s terrible that we have to do all this while the Corporations use our Creations and profit, while we collectively suffer. I’ve had to spend my own savings to advance to Writers and Clients in hardship during these times because THEY come first.

MTP:  Spotify’s failure to match is a key issue in the recent lawsuit by Eminem’s publishers.  How has the matching been for you since Title I of the MMA went into effect?

Publisher:  IT’S A friggin nightmare, I don’t have the personal time to DO all of this MATCHING and reclaiming our titles THAT THEY failed to even LOOK for. IT’S SO UNFAIR to put this on us the Victims of their infringing our works. YET we have no choice now BUT to GET THEM FOUND, FILED and claimed under The Spotify settlement, and The Rhapsody settlement too, and HELP get those PENNIES back for our Writers and Publisher clients.

MTP:  If you could change anything about the current system what would it be?

Publisher: The three major labels who first invested in this scheme and enabled themselves to ELIMINATE the manufacturing costs, and put all the Masters in the vaults – and devalued the price of songs with these terrible streaming rates really represents THE Corporate take over of the Song Business as we knew it.  The only thing other than setting us free from this slavery and unfair business competition and constant bleeding loss of royalty value – IS – WE want a fair market streaming rate that will help restore our Writers and Clients to some kind of sustainability in order for them to be able to pay their bills and survive these terrible years of attack on their livelihood and income. Nothing less.  Will the MMA law now bring us to that remedy and healing, I surely pray it does?

Publisher:  I hope this article reaches every creative person who’s suffering privately and silently and helps to show them they are not alone, and we are not blind.  That is my desire. Hugs and thank you for making it possible. Even anonymously I give this..this truth, as solace to all of us trying to make sense of it all.