Each card pairs an illustration alongside a transformative theme and short explanation. Hypebot is debuting the first four cards today.

The cards are the brainchild of Dmitri Vietze, the CEO of music tech PR firm rock paper scissors. Vietze is launching this first annual Music Tectonics

Conference, taking place in L.A. October 28-29, 2019 and hosts the weekly Music Tectonics podcast which explores the technology and innovation that is dramatically reshaping the music industry.

“The changes sweeping music in particular and digital media, in general, can feel utterly disorienting,” says Vietze. “We distilled the dynamics at work into this fun visual format that we think will guide more productive and creative conversations about the future of music and tech.”

Starting today, Music Tectonics will release a new card on their website at https://www.musictectonics.com/seismicshifts, and on Twitter, Facebook, and LinkedIn. The print run of 500 trading card sets will only be available to attendees of the late October conference.
Examples of the cards include: 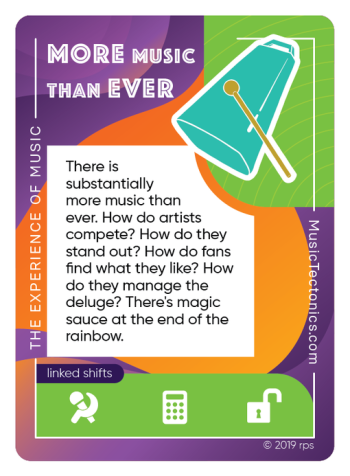 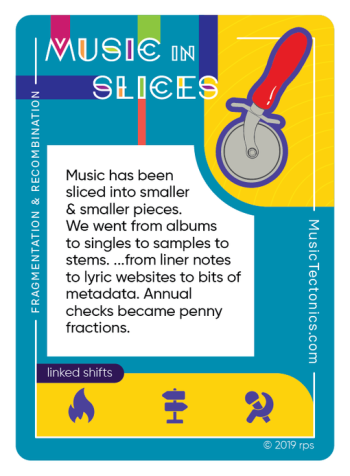 The remaining cards cover these themes:

“Many people think we have reached a new stability in the music industry,” says Vietze. “I’m going to share 18 seismic shifts that will make you think twice about that. These are the things that have led us to where we are today and will continue to turn the world of music upside down again.” 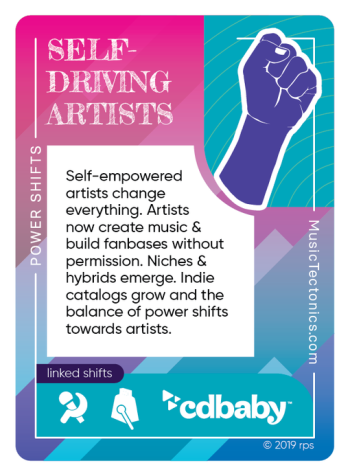 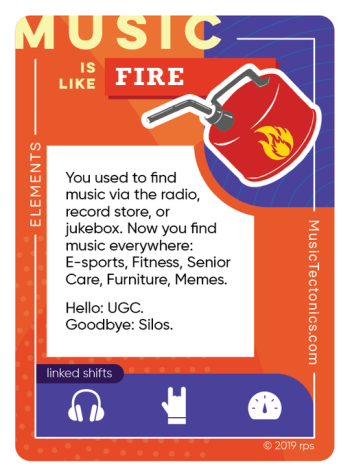