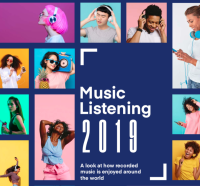 A new report is out from the International Federation of the Phonographic Industry or (IFPI)  looking at how music is being enjoyed the world over, and which genre's are the most popular internationally. Perhaps unsurprisingly, pop reigns king, continuing to occupy the number one slot.

The IFPI has come out with its annual Music Listening 2019 report, a look at how recorded music is enjoyed around the world. The study included demographically representative samples of the online population aged 16-64 in Argentina, Australia, Brazil, Canada, France, Germany, Italy, Japan, Mexico, Netherlands, New Zealand, Poland, Russia, South Africa, South Korea, Spain, Sweden, United Kingdom and United States. Interestingly, the study was also conducted in China and India but results from these two countries are not included in the total global figures.

The report found that worldwide, these are the most listened to music genres in order of preference: 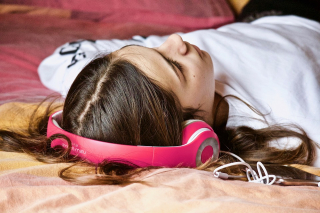 A couple things jump out from this list. First of all, Rock is still a strong genre in terms of listenership even though it seems to have been written off by the mainstream music business. I’m not sure what Oldies means as that’s not explained. What years does that cover? Is it all genres from those years?

Dance and Electronic music is lower than I’d expected, especially since it seems like it was taking over the world just a few years ago. The report seems to indicate that it’s peaked in popularity.

K-Pop is becoming a real force as it now exists as its own category outside of traditional pop music. Will it have life beyond BTS? Next year we’ll know.

It just goes to show that there’s plenty of room for all types of music, even though it doesn’t always seem that way. The music industry may be closed to many types of music but listeners ears are not.