The RIAA promises to cut through the complexities of consent decrees, the Mechanical Licensing Collective and other issues related to streaming in an intensive 60 minutes session at the Mondo. NYC conference later this month.

Hosted by RIAA Chairman and CEO, Mitch Glazier, “Everything You Need to Know About Streaming Policy In One Hour” will be held on 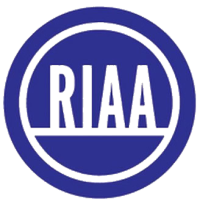 Thursday, October 17 at 4 pm followed by an invite-only limited access reception at the Williamsburg Hotel.

Topics will range from consumer trends in music streaming to streaming Issues from the indie perspective and much more.

Mondo.NYC is being held at the Williamsburg Hotel from October 15 -18.

Highlights of this year’s conference include keynotes from NMPA Chairman David Israelite and conversations with Reverend Al Sharpton and City Winery Founder and CEO Michael Dorf. Three days of panels are filled with some of the music industry's most innovative and successful leaders, including artists like Hank Shocklee and DJ Spooky, songwriters including Shelly Peiken and BAYLI, and executives including A2IM President and CEO, Richard James Burgess, Primary Wave Music Publishing President, Justin Shukat and Concord's Head of U.S. Creative, Jeremy Yonai. For the second year, the Guild of Music Supervisors will host an intensive day-long content program featuring the world’s top music supervisors and executives in film, television, gaming, advertising and emerging platforms, providing a unique opportunity for creatives to meet, network and learn from some of the leading names in the business.

In the evening, more than 100 emerging artists will showcase in venues all over the city.