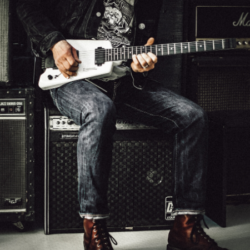 Getting your music noticed is difficult no matter what time of year it is, but timing your release strategically can go a long way toward giving your next single or album a fighting chance at standing out.

Guest post by Randi Zimmerman of the Symphonic Blog

No matter what time of the year it is, getting major traction on your new releases can be difficult. However, certain months will give you a better shot than others. To make the most of your release, choosing when to do it is half the battle. These are the best and worst months to release your music this year.

*Disclaimer: Make sure you start your promotional efforts AT LEAST 4-6 weeks before your release or your distributor WILL hate you. ( If not hate, then any other negative emotion may apply.)

After the holiday season, everyone is recovering from the immense amount of food they ate and a slightly more immense holiday hangover. However, everyone is also getting back into the swing of things and eager to find the next big thing.

Generally, the first two months of the year are a great time to release new music, as the market isn’t as saturated as later on in the year and the minds of your listeners are open to new things.

These themes do particularly well:

Whatever you do, don’t release music in March if you’re a relatively unknown artist. SXSW is in full swing and all the media outlets are spending their time covering the action.

However, if you’re planning on performing at SXSW, that’s a different story. In this case, releasing your track(s) this month is something you definitely SHOULD do, as it can help get your work out there for publications to utilize in write-ups about the event / additional promo. If you’re not performing at SX, it’s a better idea to attend the event and do some networking to gain more exposure before your next release.

If you do decide to release this month, these themes tend to do well:

How to Market Your New Release on a $0 Budget

5 Out-of-the-Box Ideas to Promote Your Next Album

At this point, SXSW is over and touring season begins. Additionally, this month harbors Record Store Day. Think about partnering up with your local record store and doing some related promo. Keep in mind, April 15th is the dreaded tax day in the US.

Think about sticking to these themes:

May is an awesome month to release music because the summer festival season is about to take over. If happy, summer vibes are your forte, now is your prime time.

These themes always thrive during this month:

Now that summer is here, it’s good vibes and summer bangers galore. School is out and festival season is in full swing, qualifying these months as the perfect time to release music. If you can, get yourself some festival gigs. Festivals are a great place to perform your new release and rack up a ton of exposure.

Similar to May, these themes do exceedingly well:

By the end of August, the festival season starts to wind down and the school season makes its debut, but the summer vibes aren’t quite over yet.

The same themes from June/July also apply to August, making this a good month for new releases as well.

Now’s the time for emerging artists to really shine. Everyone in the industry is in the office more consistently, students are back in school, and everyone has their ears wide open to new music hitting the scene.

To optimize on the season, these fall themes do well:

Around this time of the year, industry folks tend to travel and be out of the office more frequently, the major labels’ biggest artists tend to release in the 4th quarter to take advantage of the holiday retail spike, and artists of all kinds are releasing holiday music.

If you have a New Year / Christmas / Holiday song, of course now is a great time to release it. However, the market is heavily saturated and anything other than holiday or end of the year vibes don’t tend to do well. Additionally, remember that once it gets closer to Christmas and the New Year, response time from industry gatekeepers will become more and more limited.

Check out: The Winter Slowdown of the Music Industry

Having a great release strategy is the key to optimizing the success of your upcoming releases. An amazing song can end up not doing so well simply because of when it was released. Additionally, have a clear idea of when you will have your mastered audio and track or album art in hand before selecting a release date.

Sometimes unexpected things come up in the production process, so you’ll want to give yourself ample time to set everything up properly. The more prepared you are, the higher your chance of success. Good luck!