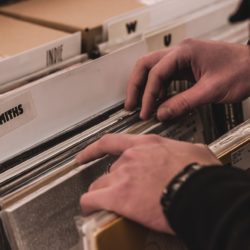 Retail members of the Coalition of Independent Music Stores (CIMS) are reporting an average sales increase of 12% for this year’s Black Friday over 2018. Individual reports ranged from a low of -26% to a high of +66%, with only three stores reporting minus numbers and those appeared to have external issues like weather problems

“When I asked about issues affecting sales this year, I really got an earful, which I fully expected given the current status of retail music distribution,” wrote CIMS Executive Director Michael Burnell in his weekly newsletter to the industry.

Burnell also shared these comments about shipments last week from the major labels and Direct Shot Distribution which is used by all three majors to distribute to indie retailers.

“WEA/ADA pushed to have wholesalers supply the stores because of major issues with Direct Shot Distribution, and this appeared to work pretty well. I heard no major pushback on their fulfillment for the holiday.”

“Sony held orders until the last moment and that created problems for the stores that could have been avoided by getting ahead of the shipping dates. Some stores were missing a handful of titles. This despite the supreme efforts of their sales staff to overcome their issues. The Orchard appeared to avoid these issues. Despite what appeared to be a healthy run of the Pearl Jam title, it was vastly under-produced and allotments were running about 50%.”

“Universal had the biggest problems by staying with DSD fulfillment despite a valiant effort by their people to correct these issues. Most of the stores were missing at least six titles, and some as many as 10. Also, their inability to deliver the Dave Matthews Band title in time for the holiday really hurt overall sales.”

“The days of pressing a major artist release in the hundreds are long gone for both Black Friday and Record Store Day. Will someone please tell Third Man that? All the stores I talked to got one copy of the much sought-after Patsy Cline compilation. We all turned away many disappointed customers. This is not our goal with this important holiday.”

“We are at a critical time at independent music retail. The issues at DSD have seriously hurt our ability to serve our customers as we need to serve them,” said Brunell.

“How many times will our customers show up at our stores on release day,” he said, “only to be told we can’t help them because our industry has managed to foul up our supply chain?”

“We’re independent retailers, famous in some quarters for having issues with the music business, but we truly are at a crossroads,” Bunnell concluded. “The future of our businesses are at stake – have the immense resources of the industry been applied to this issue? It doesn’t look that way from where we are standing.”