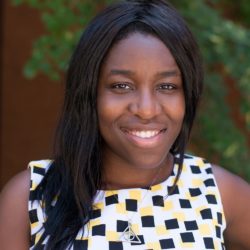 In this piece, industry veteran and music data expert Christine Osazuwa the new streaming economy and how it informs our practices surrounding global music marketing and strategic planning.

For Christine Osazuwa, Senior Data Analyst in charge of Europe, the Middle East, and Africa (EMEA) at a major label, data isn’t an end in itself — it’s a means for achieving a tangible goal, be it in the music industry or in the world of online dating.

According to Osazuwa, a lot of times people are less focused on what their goals are as an artist or as a manager or whatever their role might be. But if you start thinking about what your actual goal is, then you can start making some solid decisions as to what to do next.

Once you know your goals, then you can start to let data enter the picture and drive your strategic decision-making — especially when it comes to global music marketing.

In the new streaming economy, Christine explains, everyone gets a bit lost in the weeds when it comes to just getting more streams. That’s a goal, she says, “but it’s not the best goal in the world.”

If you think about it from the Trigger Cities perspective, because of the listening behavior of people in these cities, they are influencing the way DSPs tend to prioritize music, which might help trigger placement on playlists.

In other words, it’s probably not fruitful to try to market to people in Malaysia, in Japan, in Korea, in Canada, in the U.S., and in India all at the same time. Instead, it’s best to step back and figure out your end game so you can make measurable, incremental gains, market by market.

What is your goal here? Which cities might trigger success in the next city that’s important to you?

Listen to the full interview below and subscribe to the How Music Charts podcast for more.

An American now based in London, Christine oversees Europe, the Middle East, and Africa as a Senior Data Analyst for a major label. Before that, Christine worked her way up the ranks to become Head of Insights & Data Analytics at another major label, this time based in Stockholm. Christine earned her Bachelor’s in Music Business and Journalism at the University of Maryland, Baltimore County, she received her MBA from Loyola College in Maryland, and she holds certificates in data science, predictive analytics, and information technology. Christine has also been a product manager in the online ticketing space, she’s served on music street teams, and she was president of a local music magazine in the Baltimore area.