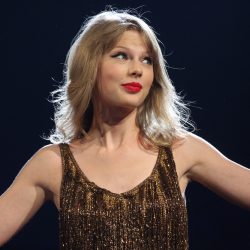 Re-recording old songs: How Taylor Swift is ‘shaking off’ her old label

A recent re-release of Taylor Swift’s 2014 hit “Wildest Dream” is just the latest in the artist’s volley of re-recordings, and she shows no signs of slowing down. The motivation behind these re-recordings has been made clear, but here we take some time to how Taylor Swift is Actually executing this copyright reclamation.

On September 17, 2021, Bloomberg News reported that Taylor Swift had released a re-recorded version of the 2014 hit “Wildest Dreams.” 1 She has been doing this to her old recordings since 2020, 2 and all indications point towards her continuing to do so. Many articles written about the subject have focused on why Taylor Swift is “shaking off” her old record company. This post will instead focus on the how.

The how includes a mixture of copyright law and the law of contracts.

When an artist signs a recording contract, there will be two types of copyrightable material generated as a result of the contract: the songs and the sound recordings, the latter sometimes referred to as “masters.” If the artist generates their own songs, as Taylor Swift does (though sometimes with collaborators), the copyright in the songs can either be retained by the composer(s) or assigned to a music publishing company. Oftentimes this music publishing company is one affiliated with the record company.

This is where the “why” begins to take center stage. The payment by the record company is called an “advance” because this sum must be paid back to the record company. The artist will receive no royalties on the sale or streams of the sound recordings until such time that all of this money is paid back. This is true for all copyrighted material that is delivered during the course of the contract. So if the artist makes two poor selling albums, but one hit album, “the hits pay for the misses” and nothing will be paid on the hit album until such time as the two flops are paid off. In full. And even when the artist pays back all the money, the record company still keeps the copyrights in the sound recordings. Sort of like paying off the mortgage and the bank still owns your house. Occasionally, artists do recapture their masters, 4 but this is far from the norm and beyond the scope of this post.

Surely an artist as successful as Taylor Swift has paid off all of her advances. But if you’re not Taylor Swift, and you find your contract over, but you still owe money, the prospect of re-recording your hits for someone else (preferably for your own company) starts to become an attractive option.

But don’t think for a second that the record company has not already thought of this. Somewhere in the contract will be what is known as the “re-recording restriction,” preventing the artist from re-recording songs delivered during the term of the contract. This limitation will be not be forever (at least I have never seen this) but it will last for a term of years after the contract is over. Just how long this period is, and when it starts to be calculated, can be subjects of rather pointed negotiations.

In the case of Taylor Swift, this re-recording restriction seems to have been two years from the end of the contract, which ended in 2018. 5

“Her contract allowed her to begin re-recordings in November 2020 and on April 9th [2021] Fearless (Taylor’s Version) was released. It topped the UK chart and broke The Beatles’ long-held record for the fastest run of three number one albums. Swift had Folklore, Evermore and Fearless (Taylor’s Version) all hit the top of the charts in just 259 days, beating The Beatles’ 364. If the release of her first re-recording suggests anything, all of the Taylor’s Version releases will be loved by fans and may just continue to keep breaking records while Swift reclaims her own music.” 6

But how is this possible? If the record company still owns the copyrights in the sound recordings, how are Taylor’s re-recordings not infringements of the originals?

Because the copyright law allows her to make a slavish re-creation of a previous sound recording, as longs she makes a new recording in order to do it. For this, we look to section 114 (b) of the Copyright Act, titled “Scope of Exclusive Rights in Sound Recordings,” where it states:

“The exclusive rights of the owner of copyright in a sound recording under clauses (1) [making copies] and (2) [making derivative works] of section 106 do not extend to the making or duplication of another sound recording that consists entirely of an independent fixation of other sounds, even though such sounds imitate or simulate those in the copyrighted sound recording.”

So it’s not an infringement, no matter how close she comes to sounding like the original. And make no mistake, here is the original version of “Wildest Dreams”:

And here is the re-recorded version:

To my ears, they are mostly indistinguishable from each other.

Note that these re-recordings all add to the title “Taylor’s Version,” so as to differentiate them from the old recordings which serves to avoid the confusion that might create trademark problems (you can’t have a copyright on a title) and also point the way for her fans to find the version that supports her the best financially. 7

And on the music copyright side, she has the absolute right to re-record songs that she is a writer, or co-writer of, because co-writers cannot infringe their own copyrights. They just must account to their other co-writers from the profits realized.