Picking which song is worthy of being your new single, but Bree Noble at Bandzoogle makes that decision easier for you.

As artists, we write a lot of music. Our songs are like children: we love each one and see great potential in them. That’s why it can be really difficult to decide which songs to put on an album or EP.

Choosing the songs to highlight as singles can feel even more daunting. It feels like playing favorites. But, choosing your singles is not about favorites. It’s being strategic about which songs will serve you and your career best.

Here are 8 questions to help you determine the best songs to release as singles. But first, let’s talk about why releasing singles before an Album or EP is so important and how to do it strategically. 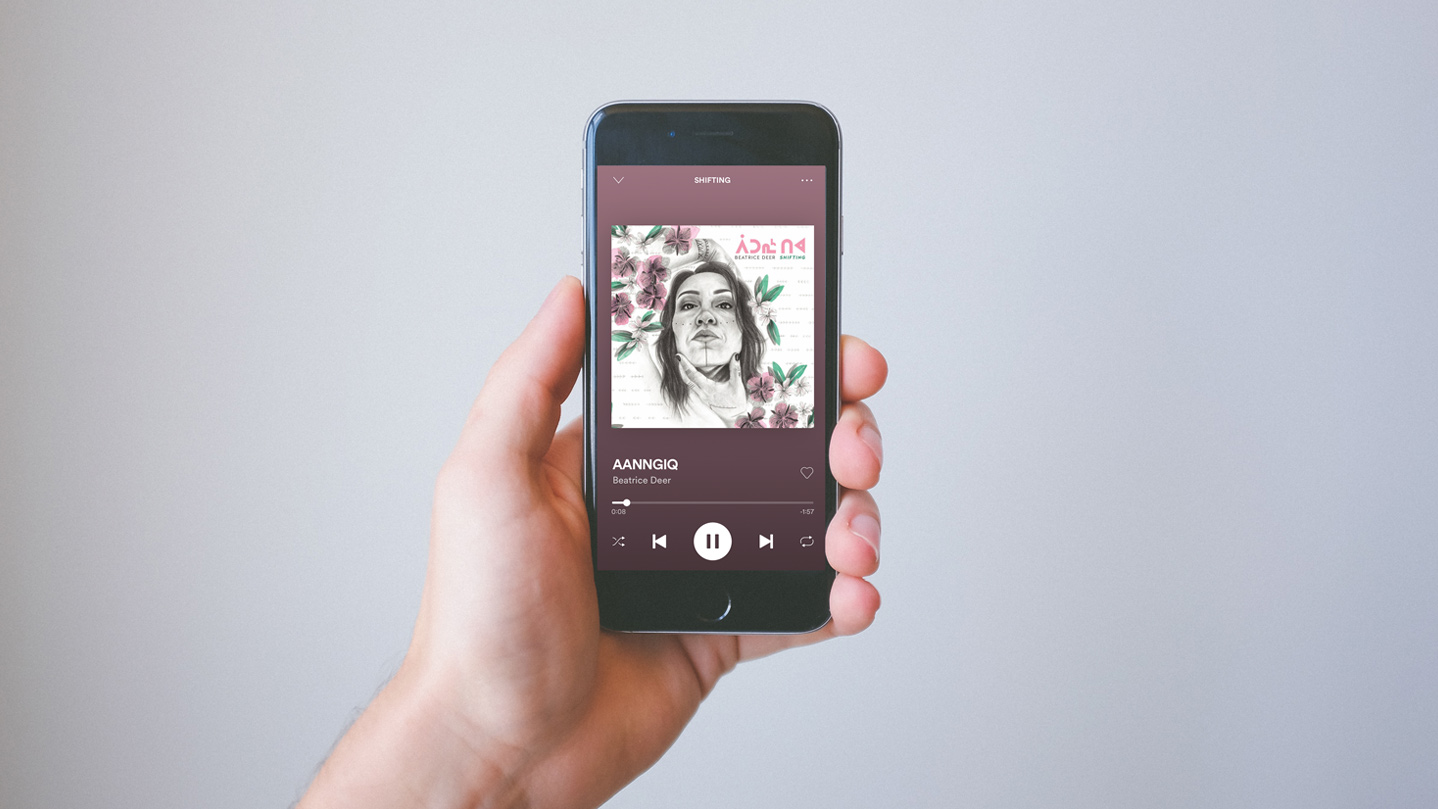 The importance of releasing singles

In the new music industry, artists should use singles to build a runway toward the release of the full project. By using tools like social media, streaming playlists, your artist website, and YouTube videos, musicians can attract new fans to their music with each single to build momentum.

And unlike in the past, listeners don’t have to take a big leap to support you (like going into a store and buying something). They can simply listen, follow an artist on their streaming service of choice or share on social media, and maybe add a song to a personal playlist.

The likelihood of a listener following through on an action (like following, downloading, or sharing), is actually quite high, because it’s simple and takes very little time or effort. New people doing this for each single released can have an exponential benefit to you.

Each new single released brings in new listeners, new followers and potential fans. Singles act like breadcrumbs across the internet, leading new listeners to discover you and also reinforcing your relationship with people who have already discovered you.

Create a professional website in minutes to help build momentum for your music. Try Bandzoogle now!

Although the second purpose is important, in my opinion, most of the decision-making criteria around which songs to choose as singles relate to the first purpose. And here are eight questions to help you make that decision.

8 questions to help decide which songs to release as singles

1. Does it fit well into its genre?

Because one of the main roles in releasing singles is discovery, getting the song placed on streaming playlists should be a big part of your strategy. Playlist adds on both editorial playlists and privately-curated playlists can help new listeners discover your music and seek to learn more about you.

One of the main drivers of playlist creation is genre or mood. Many popular editorial playlists are based on genre, as well as curated and even algorithmically-generated playlists. You must consider how well the song you’re considering releasing fits into a genre. When the song comes on, is it immediately apparent what genre it is, or what mood it evokes?

It’s important to be honest with yourself about your song. Some songs are genre-bending and while they are well-written and artistic, it may not be immediately clear what genre they are in. Or the song may create a mixed mood, like Ike & Tina Turner’s “Proud Mary” that starts out with a slow groove and then picks up into an explosion of sound and energy.

Listen to some popular playlists featuring the same genre as your song. Could you imagine your song fitting seamlessly between two of the songs on the list? Or would it feel like audio whiplash?

Let me be clear – there is absolutely nothing wrong with putting explicit language in a song. In fact, sometimes it’s necessary to evoke the right emotion.

However, depending on your genre and the podcasts, blogs and playlists you are going after, having explicit lyrics may make your track ineligible. Many platforms, especially for podcasts, have “Explicit Language Ratings” that have been declared. If a podcast is marked as “clean,” a song with explicit lyrics can create a flag within the system.

Also, keep your audience in mind. If the audience for your song includes people who may be playing the music around young children, releasing a single with explicit lyrics could alienate them (and make for a potentially uncomfortable moment if the kids are listening in).

Playlisters need to keep this in mind too. If listeners of their playlist expect music with clean language, a curator won’t take the chance of alienating them by choosing your track.

3. Is this song a great representation of your artist brand?

Do you have a specific artistic vision, vibe or even a message you want to convey with your music? If you have done the internal work to flesh out what I call your “brand pillars,” great job. Your brand pillars are an important lens through which you should view potential singles.

And if you haven’t yet determined your brand pillars, I would spend the time to nail them down before choosing which singles to release.

4. Does the song provide opportunities for storytelling?

Most musicians say they dislike marketing. But what if I told you that a vital part of any music marketing campaign is telling compelling stories?

The good news is that you’ve been telling stories your whole life. That’s one reason that “stories” have become such a popular aspect of social media platforms.

People love all kinds of stories. Whether it’s a behind-the-scenes story, origin story, funny story, mystery story or even dramatic story that drives home an important moral or social lesson, stories are a universal language. They are a tool to connect, teach, amuse and inspire.

Bottom line: a good story can build that likeability and trust that you need to turn a listener into a fan.

Take a few minutes to think about each song you’re considering releasing as a single. Can you come up with one, or even a few, good stories you can tell around it?

If you identify some compelling stories around your single release, it will give you a leg up on pursuing press, doing interviews and making a video to promote the song. You’ll already have an angle (see questions 6 & 7 below).

A hook is a short section that gives a song immediate appeal and makes it easier to remember. There are a few different kinds of hooks to consider: musical, lyrical and instrumental.

Hooks aren’t everything. But they can be important. A good hook will increase the chance that your song will be placed on playlists and saved by listeners, especially in certain genres. And since hooks are often used as short audio clips on platforms like TikTok and Instagram Reels, having a good hook could land your song some free viral advertising.

Honestly assess whether your song has a hook. If it doesn’t have a distinct hook, that’s fine. It’s just another point to consider when selecting your single.

6. How would this song translate into a video?

In our video-driven culture, it’s a good idea to have a video made to support your song, especially for your singles. It doesn’t have to be a full-blown music video either. Nowadays there are many tools available to help you make a montage or lyrics video without breaking the bank.

Some songs immediately bring to mind visuals. Take a few minutes to brainstorm possible music videos for the song. Ask friends, family or bandmates if the song sparks any video ideas.

7. Is there an obvious promotional angle?

When approaching press, bloggers and podcasters, presenting a specific promotional angle will move your song to the “top of the pile.” A promotional angle is a specific story around the song. It could be an origin story, a historical parallel, how the song addresses social or moral issues, and so on.

Another way to create a promotional angle is to relate it to current events. Does your song fit well with yearly events like holidays or national or International days/months like International Women In Business Day, Black History Month, Breast Cancer Awareness Month or World Poetry Day?

8. Does the song offer interesting performing or livestreaming opportunities?

Is the song you’re thinking of releasing easy to perform live? Or is it an effects-heavy, highly-produced song featuring several guest musicians that would be hard to reproduce outside of the studio?

Performing the song live, either in person or on a livestream, is a great way to promote your music and interact with your fans. So, even if the song has layers of instrumentals that you couldn’t reproduce live, would you be able to play it live in some form? Would it still sound good in an acoustic arrangement or with the players you have available?

If the single catches on, your fans will be requesting that you play it live. And conversely, if you perform the song live and people enjoy it, they will head to their favorite streaming platform to add it to their library.

Creating career momentum with your singles

Releasing singles is one of the most powerful tools available to you as an artist for attracting new potential fans. Running through these 8 questions, and being brutally honest with your answers, will give you the data you need to pick your singles wisely.

Score your candidates alongside each other. The songs for which you can answer “yes” to 5 or more of the 8 questions move to the top of the list.

Although you could release all of your songs as singles, I don’t advise it. It takes a lot of planning and focused effort to promote a single well. If you try to do that with all of your songs, you will likely burn out.

So use the criteria above and choose just a few songs to release as singles (I recommend 3). Once you have your shortlist, map out promotional strategies for each single based on its strengths uncovered by the 8 questions above.

As you roll out the singles and they start to attract new listeners, be sure to interact and nurture those relationships. That’s when career momentum kicks in. As listeners get to know you, they become true fans who are excited to share your music with their friends and support you for years to come.

Bree Noble is a music marketing and business coach at The Profitable Musician, best-selling author of “The Musician’s Profit Path”, recognized speaker, and award-winning podcaster. As founder of both Women of Substance Radio and The Female Entrepreneur Musician, Bree is a champion and go-to resource for Indie artists in all genres. Her most popular offerings are her Female Musician Academy and her Rock Your Next Release program.

Build a stunning band website and store in minutes

There are no comments yet.