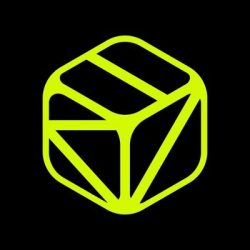 Dequency has raised $4.5 million in a round led by Borderless Capital to build a Web3 music synchronization licensing marketplace,

Dequency is building an Algorand blockchain based decentralized music licensing marketplace that connects music and visual creators. It will eliminate third parties to reduce transaction times and fees as well as keep control directly in the hands of creators and licensors.

“As the market for digital visual art grows, the addressable market for musical art grows meaningfully via sync,” says Co-Founder and CEO Keatly Haldeman “The Dequency platform facilitates communication and direct transaction between music and visual creators, giving them the opportunity to benefit from this explosion of artists entering the space.”

“Licensing of music into film, tv… is currently akin to booking travel in 1975”

“Licensing of music into film, tv, or other applications in 2022 is currently akin to booking travel in 1975; inefficient, rife with unnecessary intermediaries/rent seekers, and closed off to those unable to get through the corporate gatekeepers,” adds Co-founder George Howard. “At Dequency we are guided by a “purpose, not product” mindset to help creators establish and maintain sustainable careers on their own terms.”

Howard was recently named one of America’s 50 greatest Disruptors by Newsweek and is a founding member of Open Music Initiative (OMI), a collaborative effort between MIT, Harvard, and Berklee to create an open source protocol to increase transparency for royalty distribution. He is the former president of Rykodisc; cofounder of digital music distributor TuneCore; and a Distinguished Professor of music business/management at Berklee College of Music.

Haldeman is also the co-founder and former CEO of investor Riptide Music Group, a publishing company and label specializing in the synch whose roster includes songs by artists such as Foster The People, Selena Gomez, Migos, Quavo, Ziggy Marley, Big Gigantic, Black Flag, The Turtles, Goldfish, and Fatboy Slim.

The funding will help building out Dequency’s peer-to-peer function, enabling music creators to upload their work to the platform and directly license for use in visual art projects.

Bruce Houghton is Founder and Editor of Hypebot and MusicThinkTank and serves as a Senior Advisor to Bandsintown which acquired both publications in 2019. He is the Founder and President of the Skyline Artists Agency and a professor for the Berklee College Of Music.