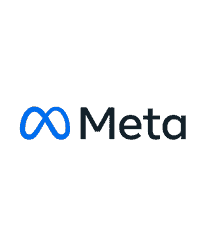 CEO Mark Zuckerberg posted to Facebook that, “We’re heading towards a future where more people can do creative work they enjoy, and I want platforms like ours to play a role in making that happen.” CEO Daniel Ek of Spotify has made similar promises to creators.

by Hanna Kahlert of MIDiA

MIDiA has written much on the premise of the emerging ‘creator economy’; a dual-sided concept that highlights both the increasing opportunity for creators who already exist, from music to video to social content, as well as the emerging trend of the consumer-as-creator. With the growing number of direct-to-consumer creator tools built into mainstream social platforms, it has never been easier for the casual platform user to dip their toes into the world of casual creation. This has resulted in a boom of user-generated content across social platforms and equally given rise to the need for remodelled revenue streams and monetisation tools to support the endeavours of creators across the value chain, from casual through to superstar.

Confirmation of this trend has existed in the continuing boom of tools and content, as well as ongoing discussion on revenue streams and subscription models – but Meta has just confirmed the importance of understanding this trend with an announcement about new tools for creators on its suite of platforms.

Zuckerberg posted to Facebook that “We’re heading towards a future where more people can do creative work they enjoy, and I want platforms like ours to play a role in making that happen”.

The rollout of policies and updates include holding off on revenue sharing on Facebook until 2024 (meaning no cuts or deductions taken by the platform), including paid online events, subscriptions, Badges, and Bulletin. Interoperable subscriptions will give paying subscribers access to subscriber-only Facebook groups, effectively turning the platform into a mixed ad-supported and subscription proposition. Facebook Stars and the Reels Play Bonus program are now being opened to more creators. A creator marketplace on Instagram is testing a space where creators can be discovered and paid, and brands can share new partnership opportunities. Last, but not least, Instagram is now testing digital collectibles; creators can display their NFTs on Instagram, with tests in the works for displaying on Stories as well, and plans are in place to display or cross-post to Facebook as well.

This last development in particular fits with suspicions that Meta wants Instagram to become a sort of NFT marketplace, effectively cornering the emerging new market opportunity created by the growing importance of self-expression and displays of fandom among younger digital natives.

More broadly, however, this move is set to open Facebook and Instagram as desirable real estate for creators, and creative consumers more broadly, to base their digital operations. With mainstream reach, a short-term ban on revenue sharing, and a gamut of monetizable fan-first opportunities, Meta seems to be trying out the monetisation of fandom, rather than consumption – something which has been lacking in the current Western entertainment economy.

If Meta can position its two main social platforms as creator-first, keeping them on-platform rather than turning to other platforms, like TikTok, YouTube Shorts, Patreon and the like, it will be ideally positioned as the creator economy comes into its own. Competition is already on, with Twitch expanding its own ad programsto pay more to creators. In a more meta (so to speak) sense, this also solidifies the emerging side-effect of consumers becoming creators: social platforms are no longer just ‘social’ places for likes, comments, and posts about what someone had for lunch. They are content platforms in their own right, with genres, series, fandom, and revenue streams just like any other – except their pools of creative talent are far broader, and their built-in fan monetisation is an early step in what many consider to be the future of creator monetisation.

Social platforms may have felt stagnant a few years ago, but TikTok has spurred the marketplace into action. What was once the purview of casual networks is now coming for bigger, incumbent forms of entertainment. The battle for creators is on. And it will be a big one, as in the current digital media consumption era – it is the battle for consumers themselves.

The discussion around this post has not yet got started, be the first to add an opinion.Meta leans in to the creator economy