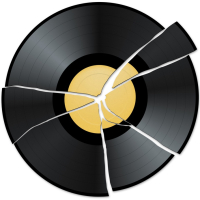 The demise of PledgeMusic and the hundreds of musicians left in its wake are a sadly familiar story for music industry veteran Dave Cool of Bandzoogle. "The company takes on millions in investment to support rapid growth," writes Cool. "Flashy headlines ensue." But when things fall apart, too often it's the unsuspecting musicians that suffer.

By Dave Cool, Director of Artist & Industry Outreach at Bandzoogle

We’ve all heard this one before: a music tech startup bursts onto the scene promising to revolutionize the industry, and help musicians succeed. The media buys-in. The industry buys-in. And musicians buy-in.

The company takes on millions in investment to support rapid growth. Flashy headlines ensue. Founders and CEO’s are at every music conference. Lavish parties are thrown to support brand awareness. Everything is going great, right? Sadly, beneath the surface, things are often not ok.

PledgeMusic now joins the ever-growing list of tech companies that once aspired to help musicians succeed, and disappeared before the full promise of their platforms was realized. And unless there are systemic changes, there will no doubt be more to come.

I’ve been following the music tech industry closely ever since CD Baby first came onto the scene over 20 years ago. From making a documentary film about the indie music industry in 2006 (featuring CD Baby founder Derek Sivers), contributing to this very blog for over 10 years, and working for Bandzoogle the last 8 years.

So I've been able to work closely with, or at the very least been friendly with, the founders and staff at many of these very tech companies that have come and gone. In my experience, they’re good people, often with great ideas, that have genuinely good intentions. But somewhere along the lines, those good intentions turn into broken promises.

The market is overestimated. The company is overvalued. Founders take on investment too early. Or they take investment from the wrong people. Ambitions and egos aren't tempered. Companies become far too leveraged. Bad decisions are made under the pressure of meeting investor expectations. And sometimes, founders simply lose control over their own companies.

Often, they’ll get sold off so that investors can recoup some of their investment. In the best case scenario, these companies will continue to operate in some form. But they’re most often swallowed up or shut down. Others simply disappear without a trace.

"it's the musicians that are left in the dust, and in the case of PledgeMusic, left to literally foot the bill for the failures of the company"

The founders will start new companies. Investors will go on to invest in other startups. And the senior staff will find new jobs. But it’s the musicians that are left in the dust, and in the case of PledgeMusic, left to literally foot the bill for the failures of the company.

After watching this story unfold over and over again for the last 15 years, it would be great to see more founders who are in the music industry for the long haul. And more founders who will stay with their companies until they build a sustainable business, before handing the keys over to someone else.

It would also be great to see more of these companies remain independent for longer. Companies that focus on their product, and building long term sustainable growth, before taking on any significant investment. It’s certainly not the most exciting route, and likely won’t lead to fame and glory. But at some point, this seemingly endless cycle of music tech platforms coming and going needs to stop.

If not, we risk forever alienating those we are really trying to help: musicians. They’re the ones on the ground working hard to make a career out of their passion. They’re the ones that create the music that we love, and for many of us, that fuels our very careers.

"incredibly sad, frustrating, and when it comes to the lost artist payments, inexcusable"

The PledgeMusic situation is incredibly sad, frustrating, and when it comes to the lost artist payments, inexcusable. One can only hope that the money raised by artists from their fans is somehow recovered, at least partially, to help offset the costs that many of the artists no doubt incurred during their campaigns.

And I can’t help but wonder if musicians will become distrustful of all tech companies after PledgeMusic? If they do, can we really blame them? It’s yet another reminder that as an industry, we need to do much better by the musicians we’re trying to help.

Dave Cool (yes, that’s his real name) is a recovering punk rock drummer and serves as the Director of Artist & Industry Outreach at Bandzoogle. Celebrating their 15th year, Bandzoogle remains independently owned and operated by musicians, building tools for artists to power their websites and manage direct-to-fan sales.

In 2006, he produced the documentary film What is INDIE? A look into the World of Independent Musicians that featured the founders of CD Baby and Sonicbids, and has been interviewed by The Economist, Newsweek International, CNN.com, and the Financial Post for his insights on the music industry.